Tomorrow’s Promise by Radclyffe is a book I have read many times.

Radclyffe is a really prolific author who writes well enough for me to enjoy 97% of her books. She and Karin Kallmaker are my go to authors when I can’t find new authors and I want something that I will most likely enjoy.

While Radclyffe’s writing technique has improved over the years, there are definitely books that she enjoyed writing more than others and they read that way.

Okay having said all of this, Tomorrows Promise is one of my favourite books. Radclyffe published this back in 2004 and I read it for the first time a while ago. Recently Amazon gave me the option of buying it on kindle for a lower price since I had the paperback and I jumped at the opportunity. I read it again and fell in love all over again.

It’s a lovely read and has all the things that make Radclyffe’s books one of the staples in my book collection. Two gorgeous women; one dark, one light; a load of angst and the will they or won’t they get together question hovering until the end. Let’s not forget the big misunderstanding and all the stupidity that could have been avoided if the characters bothered to talk to one another.

But then, what fun would that be? I do love this book.

The setting is a beautiful island owned by the wealthy Whitley family and the beach and ocean play an important supporting part of this tale. Every time I read this book I want to take a walk on the beach and feel the wind in my hair.

Most of the book focuses on Adrienne Pierce, a woman with a past that is haunting her. Her love interest is Tanner Whitley a young, wild, restless heir to the Whitley empire (I love restless characters. I can relate. Although my wife laughs at me when I say this.) Adrian and Tanner meet and the rest is a angst-filled book that had me reading through the night.

Radclyffe is generally an easy read with just enough anxiety to have me closing the book and saying, “Stupid people,” then opening it again a moment later to keep reading.

Fantastic characters, fun toys like cars and boats and loads of drama.

Adrian is a bit rigid sometimes which makes it a bit difficult to relate. However this doesn’t happen enough for you to not like her.

Tomorrow’s Promise is a must-read. If you haven’t already read this one then you have missed out. Go. Get it now. Go on.

Excerpt from Tomorrows Promise by Radclyffe

As she came upon a secluded section of beach more than a mile from where she had started, a large, dark, shaggy shape rose up out of the sand not twenty feet in front of her. She stopped suddenly, stifling a cry of surprise, and stared at the apparition. After a moment she laughed quietly to herself, recognising the square head and massive body of a Newfoundland. The dog stood motionless, surveying her with a calm but curious expression.

“Hi there, pooch,” Adrienne called softly, advancing slowly. “What are you doing out here so early, huh?”

The dog didn’t seem at all disturbed by her presence, but Adrienne was wary. She didn’t relish the thought of an early-morning sprint down the beach with an angry dog nipping at her heals. Of course, I did want to go running. She laughed out loud again at the thought, but the laughter turned to a gasp of shock when she drew close enough to see a body crumpled in the sand on the far side of the vigilant animal.

Images from too many moody mysteries where the faithful companion was found guarding its master’s dead body flashed through her head. Steeling herself for the horrible sight she was sure would materialize, she moved cautiously nearer, continuing to murmur to the dog in what she hoped was a reassuring voice.

“Oh, Christ,” she muttered when she was close enough to see that the figure, half-turned away from her, was that of a woman. The curve of a hip and partly bared shoulder left little room for doubt. Instinctively, she looked over he shoulder, wondering if some psychopath still lurked behind the dunes. The beach appeared deserted except for the dog and the still figure in the sand.

The dog’s tail was wagging, and Adrienne decided she could risk a closer look. Taking a deep breath, she leaned down, grasped an arm and rolled the body over. The pale face was framed with tousled black hair scattered throughout with bits of twigs and sand. Her features were boldly sculpted, with a strong nose and square chin framing full, rich lips.

Just as Adrienne reached out tentatively to touch the woman’s face, nearly translucent eyelids fluttered open to reveal dark, unfocused eyes. Adrienne stood transfixed, staring down, captured by those eyes. For an instant, there was a hint of innocence and something terribly lost swirling in their depths. It wasn’t until the searching gaze settled questioningly on Adrienne’s face that she found her voice.

I just read this review for Tomorrow’s Promise by Radclyffe

Chase Me by Natasha West is a funny, sexy, thrilling ride that I just couldn’t put down. Gracie is a

Just Juliet by Charlotte Reagan was a light romantic read with a strong bisexual female lead. Lena Newman is starting 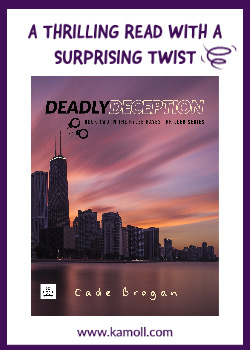 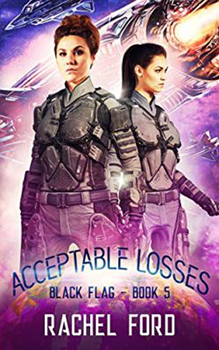 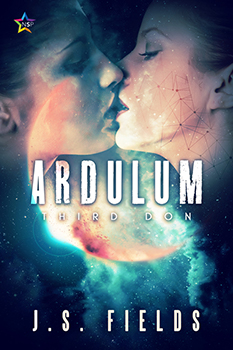