T-Minus Two by KG MacGregor is a guest review by Lise MacTague. She is not only a book lover but a brilliant author in her own right. You can see our reviews of her work here. – Sheena

Anyone who knows me knows that I rarely read outside the sci-fi/fantasy genres, but aside from that I’m not too picky. T-Minus Two had enough space (and more than enough lesbians) in the description to pique my interest, and I’m glad it did.

The story centers around the struggles of Mila Todorov and Major Jancey Beaumont, who compete to be the first astronauts sent to Mars. Each woman has her own reason for wanting to be chosen. While they strike sparks off each other when they first meet, the more time each spends with the other, the more each realizes there may be very good reasons to work together toward their mutual goal.

When triumph seems to be within their grasp, all their hard work starts to unravel. Not all is as it should be, putting their future on Mars, and with each other, in jeopardy.

There’s nothing I like more than competent women, and this book has two women who ooze self-assuredness. Mila Todorov is top of her field and pretty much a certified genius. Not only that, she thinks quickly on her feet. There’s a layer of insecurity under all that which makes her all the more endearing. Mila has some major hero-worship for Major Beaumont and would do anything to prove herself worthy of the major’s attention.

Jancey Beaumont is an astronaut, how much more competence do you need for that? She’s driven by a relentless need to get back to space. Her life since her first abortive mission has been pointed at that goal, to the detriment of more than one relationship. At first, she’s put off by Mila’s clumsy attempts at impressing her, but the more she observes the other woman, the more she finds herself won over in spite of herself.

I really enjoyed how the characters were portrayed. Jancey feels much more world-weary while Mila is full of the fervour and excitement of youth. Secondary characters are also well-fleshed out and exist on their own, not simply as props to the story.

The story moves along at a nice pace. I could wish it was longer, but then I wish that about all books I like. Dialogue is at times snappy, sometimes profound, and always interesting. Some of the conversations between Jancey and Mila made me laugh out loud, which gets you strange looks in the doctor’s waiting room.

The story is engaging, and I learned a lot. The author definitely did her research.

It’s also a romance and I love having a ringside seat for two badass women finding out if there’s a forever after for them.

I love the premise and the characters, and with a romance to boot, what’s not to love? This book has introduced me to KG’s work, and now I need to check out the rest of her very impressive backlist (and her forward list, she’s released another novel since this one).

It was too late for that. The major had just ruined her day… her week… possibly her life.

When am I going to have the time to read KG’s twenty-some other novels? The only quibble I have is that I want to see more. I’d like to follow the characters’ adventures, wherever they may end up.

Read it! If you think it’s too sci-fi for you, it really isn’t. At best, the setting is maybe ten years in the future. It’s a novel about science and it’s fiction, but it definitely isn’t what I’d call hardcore sci-fi. That said, I’m glad it’s as sci-fi as it is, or I wouldn’t have been introduced to this author’s work. Now if you’ll excuse me, I need to go sell some plasma so I can splurge on KG’s backlist.

Suddenly self-conscious, she pushed back her chair and gripped her tray. “Thank you for letting me join you.”

“You haven’t eaten your poi.”

Mila swallowed hard, noting the major had cleaned her plate.

“Poi is nutrient-dense, Todorov. Very high in fluorine, which strengthens bones. You are aware that weightlessness causes bones to deteriorate?” From the major’s tone, she might as well have added you stupid idiot at the end of her question.

With three hasty bites and a focused effort not to gag, Mila polished off the pasty glob.

It was too late for that. The major had just ruined her day… her week… possibly her life.

This was a Guest Review by Lise MacTague. See more about her in her author profile below or visit her website here. 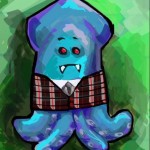 Jericho by Ann McMan is one of the best friends-to-lovers romances you’ll ever read. Yes, I know, EVERYONE has already

Burn It Down by K Aten: Book Review

Burn It Down by K. Aten is a heart-tugging, opposites attract romance that clearly portrays the healing power of pure