The Adventure of the Incognita Countess by Cynthia Ward is a speculative fiction novel.

The Adventure of the Incognita Countess was a curious combination of historical fiction, paranormal romance, and 1950’s sci-fi Martian movie noir. Officially, Lucy Harker is a wealthy young passenger enjoying the maiden voyage of the unsinkable ship Titanic. The vessel runs on proprietary British technology recovered during the failed Martian invasion a number of years before. Unofficially, Miss Harker is a spy for British intelligence and is sent to protect a man carrying highly classified documents to America.

But not all of the Titanic passengers are what they seem, starting with Lucy herself. She is the illegitimate half human child of a very famous vampire. As dhampir, she puts her skills and strengths to use serving Queen and country. Her mission to discretely ensure the documents arrive safely in the hands of the Americans is put in peril by her fellow first class passengers. A few nefarious Germans, a Lord rumored to have been raised by apes and possessing of senses beyond those of the average man, as well as a mysterious Countess and her governess. All threaten to pull Lucy from her mission, though none so much as the countess who is really a vampire and thus the sworn enemy of dhampir. Despite knowing who and what Countess Clarimal Karnstein really is, Lucy can’t seem to stay out of the woman’s arms.

Lucy Harker isn’t sure who she can trust aboard the Titanic, and top of that list is herself.

This novel was quirky, and despite the fictional familiarity of a few of the characters, Cynthia Ward them all quite an original spin. Lucy is stubborn, dedicated, and intent to complete her mission. I like the way she put clues and facts together, and how she was secure in the knowledge of what she was capable of, as well as aware of the things she couldn’t do without blowing her cover.

The countess was a mystery throughout most of the book but despite that, I sensed that she held much remorse as well as genuine interest in Lucy. Many times I wanted to just yell at Lucy to trust her. But even with my heart leading me, I still wasn’t sure who could be trusted until the end.

I liked the additional intrigue of those added historical characters, such as Lord Greyborough of Tarzan legend, the German Dr. Krüger, and Lucy herself.

The pace was perfect for an adventure novel. While there was plenty of detail to help paint the picture your brain didn’t already fill in (knowing the time period and setting on the Titanic), it never bogged down the rest of the tale. The language of it screamed early 20th century and perfectly accented the story itself.

I really enjoy the way Cynthia Ward took genre that I’m normally not interested in (historical fiction) and mixed it with a strange variety of speculative fiction ideas both present and past.

The book was fairly short, though well done. And while I know there was romance involved in the acquaintance between Lucy and Carmilla based on situational conversation and flashes of introspective emotion from Lucy, I wish I could have seen more of it in the scenes between them. I guess I’ll have to read the next book.

I have to say I was pleasantly surprised by this novel. It seemed quirky enough at the beginning, and I’m always game for a new type of vampire novel. While I was not enthused by the historical setting (I’ve never even seen the Titanic movie), Ward absolutely immersed me into this creative world she spun out of old science fiction tropes and actual events of the early 1900’s. What a delightful mix!

I would say The Adventure of the Incognita Countess is 80% adventure and 20% romance. If you like speculative fiction, early 20th century settings and events, as well as a world that puts you in mind of old 1950’s Martian invasion posters (there are no Martian’s actually in this book, FYI, just a referenced past invasion), you should absolutely give this book a read. For me it was short, refreshing with its different sort of speculative fiction content, and it left me wanting to read book two. What more could I ask for?

Excerpt from The Adventure of the Incognita Countess by Cynthia Ward

Once her husband seats her, Lady Greyborough addresses me in her educated Baltimore accent. “Are you waiting for a friend, Miss Harker?”

“I don’t expect to see anyone I know in Cherbourg,” I tell her. “In truth, I can’t say I know many Frenchmen.”

Lady Greyborough glances at her husband. “James’s closest friend is French.” A trim blonde woman in Parisian fashions, she looks about my age —twenty-one —and a couple of years younger than her husband. A corset hides the evidence, but her scent indicates she’s pregnant. “I’m sorry Paul won’t be joining us on the Titanic.”

Amusement curves her husband’s thin lips. “I expect he already gets enough of shipboard life, Joanne.” The viscount is a tall and athletic-looking gentleman, elegantly tailored, with thick black hair and sharp grey eyes and a faint scar across his brow. He’s as good-looking as his wife. “Paul’s a naval officer,” he tells me.

His pleasant baritone has an accent so slight, I expect most miss it. To my ears, it’s clear as a bell; and it’s troubling. Why does a peer of the realm, born and raised in England, have a foreign accent —or, more precisely, a compound of foreign accents? One is upper-middle-class Parisian French. The other I don’t recognise, though I’ve been extensively drilled in accents of the world.

I ask the couple, “Are you expecting to meet someone here?”

Lord Greyborough isn’t sight-seeing. He’s scrutinising every new arrival, subtly, yet closely. I don’t know the reason. I don’t like it.

Neither do I like his developing tendency to show up wherever I go, although this behaviour is no mystery. Gentlemen in First Class traditionally offer their protection to women passengers travelling alone or with others of the fair sex. Human females require such protection. I do not. But no one aboard is to suspect I’m not human, so I accepted Lord Greyborough’s offer at Waterloo Station. In return, he unknowingly wastes his time and tries my patience.

I suspect my stepfather asked Lord Greyborough to watch over me. Were I a male —even a human male —M wouldn’t think to make such a request, of course. But my stepfather, who is as conversant with my inhuman abilities as my professional training, must of necessity act as if I were a helpless human female.

Major Butt departs with his friends. I stay in my seat. An unaccompanied young woman following the men would pique not only the viscount’s curiosity, but also everyone else’s.

I forget every concern as a new arrival rivets my attention.

M saw to it that I attended an exclusive girl’s school. By this time, he had long since married my mother, and they’d had two sons. But not even my mother was in earshot when, strolling with me across the school’s flower-starred sward on a lovely spring day, M remarked: “I perceive you and your close friend, Giuffrida, have become intimate.”

My stepfather’s extraordinary analytical abilities were no boon to a fifteen-year-old girl keen to hide nearly every thought and deed from adults. “I shan’t be making a fuss, Lucy,” M continued, deducing the terror his words roused in me. “Such experiments happen at your age. I won’t say anything to your mother, or to anyone else. You’ll outgrow it before you’re done with school, anyway.”

I believed him. And, before I finished school, I’d attracted the interest of a young gentleman, and I felt no less passion for him than he did for me. I gave up my intimacy with my friend, sure I’d found proper adult love; she thought so as well. I was convinced M was right, even when I gave up the gentleman to carry out my first covert intelligence mission.

Now I wonder how I ever could have believed my stepfather.

(this link works for Amazon UK, US, Germany, Italy and Canada)

The Adventure of the Incognita Countess

The Adventure of the Dux Bellorum

If you liked The Adventure of the Incognita Countess, you may also enjoy some other speculative fiction works set in the late 19th century/early 20th century.

Note: I received a free review copy of The Adventure of the Incognita Countess by Cynthia Ward. No money was exchanged for this review. When you use our links to buy we get a small commission which supports the running of this site 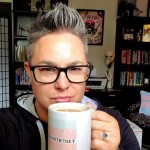 Born and raised in Michigan, Kelly is a latecomer to the writing scene. She works in the automotive industry coding in Visual basic and Excel. Her avid reading and writing provide a nice balance to the daily order of data, allowing her to juggle passion and responsibility. Her writing style is as varied as her reading taste and it shows as she tackles each new genre with glee. But beneath it all, no matter the subject or setting, Kelly carries a core belief that good should triumph. She's not afraid of pain or adversity, but loves a happy ending. She's been pouring words into novels since 2015 and probably won’t run out of things to say any time soon.

Close Enough To Touch by Cade Brogan is the first thriller in the Rylee Hayes, homicide detective, series. Mixed race